A new neighborhood stretching over ten miles along the riverfront, and one of the prettiest places in Buenos Aires, Puerto Madero neighborhood grows day-by-day. Once a bustling port area, then an abandoned stretch of warehouses, docks, and old buildings, Puerto Madero is now considered one of the best waterfront restoration projects in the world. It has been recycled into a lively neighborhood of exclusive apartments, corporate offices, art galleries, cinemas, bars, discotheques, restaurants and cafés with splendid views of the Río de la Plata (River Plate). Puerto Madero even has its own Nautical Club.

Buenos Aires used to turn its back to its river but Puerto Madero changed all that-and changed the city. Now the river is appreciated and its new life has caused a boom in luxury real estate. 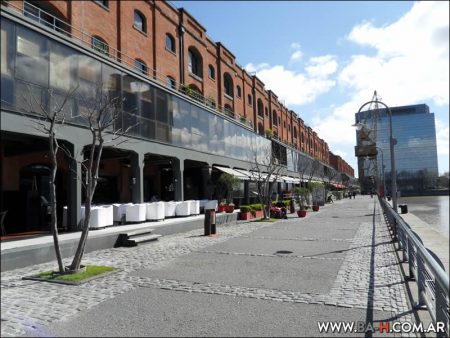 Puerto Madero is an ideal place to walk and to enjoy a day outdoors. You can explore the five docks that make up the old port of Buenos Aires and sit on a bench and watch the boats and the energetic rowers before you find a restaurant with a spectacular view.

Puerto Madero is the most secure place in the city because agents of the Police Headquarters in light brown uniforms patrol and protect its streets while multiple security cameras constantly monitor the area.

Puerto Madero is also a place to have a good time at night. Its discos and bars are wellknown throughout the city. Adventurous people who wish to tempt fate can try their luck at Puerto Madero’s Floating Casino.

One of Puerto Madero’s characteristics is that it honors women in a special way. In 1995, only 24 streets out of 2200 were named after women-but Puerto Madero changed that. All its streets are named after Argentina’s famous women, among them Aimé Painé, a Mapuche princess, Alicia Moreau de Justo, an early fighter for women’s right to vote, as well as Victoria Ocampo, Macacha Güemes, Marta Lynch and Azucena Villaflor, who started the Madres de Plaza de Mayo, brave women who marched around Plaza de Mayo during the military dictatorship to protest the disappearance of their children.

After you cross the access bridges you will reach the space dedicated to residential towers, commercial buildings, offices and the most spectacular hotels in the city of Buenos Aires.

The iconic image of Puerto Madero is the internationally famous Puente de la Mujer, a swing bridge and a rotating footbridge on Dock 3. Made entirely in Spain, it is a magnificent work of the prestigious Spanish architect, Santiago Calatrava. You may have seen its sister bridge, also by Calatrava, in Seville, Spain, because el Puente de la Mujer was Spain’s gift to Argentina. You will be surprised to see it open to let the ships pass through.

+ HOW TO REACH PUERTO MADERO NEIGHBOURHOOD 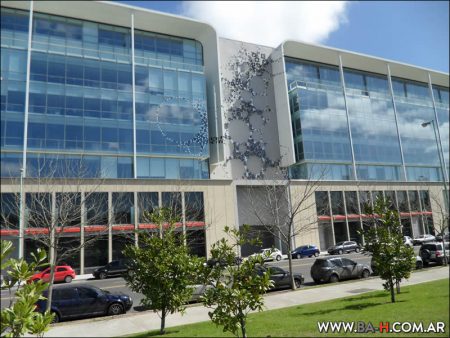 – Take your camera-you’ll need it!
– Take time to for a soft drink or a cup of coffee.
– Keep in mind that this is a very exclusive zone of Buenos Aires and prices will be higher than in other places.
– If you like to dance, come at night and you’ll find the best music and lots of people who want to have fun.
– If you like wine, choose an Argentine wine to accompany your dinner.
– If you want to save money, bring your own soft drink and sandwich.
– Remember to use sunscreen, especially in spring (October, November) and summer (December, January).
– Wear comfortable shoes so that you can walk a lot. Don’t neglect to walk along the coastline and to cross the river so you can see Puerto Madero from both sides of the Río de la Plata.
– Come both during the day and at night. You will see how lovely Puerto Madero is in natural light as well as at night when its towers, discos, and restaurants are lit up and reflected in the river.

In Puerto Madero you can choose a luxury hotel, but it will be expensive. If you want a less expensive option, we suggest a Hostel in Downtown Buenos Aires (el Centro), just a few blocks from Puerto Madero.